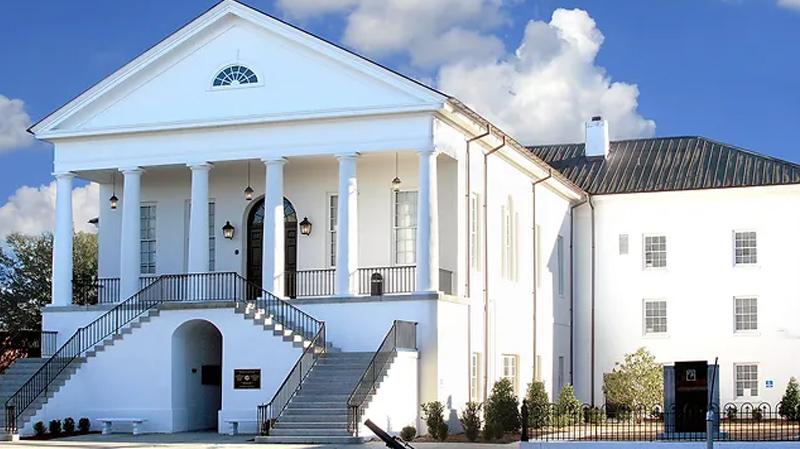 The c. 1823 Williamsburg County Courthouse is built on the site of the parade and muster grounds for the militia during the Colonial and Revolutionary War periods. Designed by Robert Mills, architect of the Washington Monument in DC, the building is an example of Roman Neo-Classic design with a raised first floor, a pediment with Lunette and Doric columns. The Kingstree Historic District, situated along Main, Academy, and Hampton Streets, contains 48 properties that offer late nineteenth-century vernacular commercial architecture including a public library, county courthouse, and railroad station.