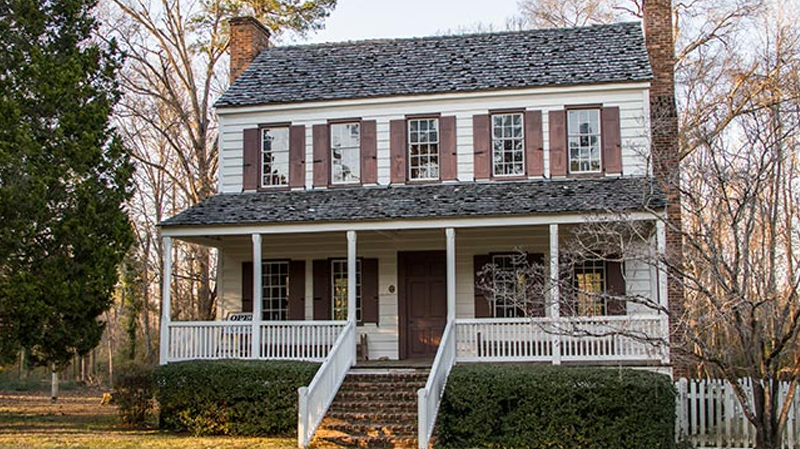 Thorntree House was built in Williamsburg Township in 1749. In August 1780, the house and grounds served as an encampment for 100 British soldiers and many loyalists led by the infamous Col. Banastre Tarleton. The home was moved into the town limits of Kingstree in the early 1970s and has since been beautifully restored. The house is open to the public by appointment with the Williamsburg Historical Society.